Creating A Culture of Excellence

Much has been written about culture within organizations, with some theorists doubting that such a thing even exists. Most people who have worked for more than one organization agree that something exists about an organization that is more than the sum of its assets or even its people.

Barnouw (1963) stated that culture is the way of life of a group of people; others have said that culture is just “how we do things around here.” I believe an organization’s culture covers a wide range of things that you see (what are buildings and furnishings like? How often do people meet? Are dress and/or language formal or informal? Are there separate executive facilities such as parking or dining or are such things more egalitarian?); as well as things you don’t see (values, attitudes, norms of behavior, and adopted roles). In fact I believe it is true that the most powerful aspects of culture are those underlying mental models and values, which are not seen but which shape what people think, say, and do.

Another important aspect of culture is it is something that older members (in terms of seniority and power) try to instill in new members. This self perpetuation is great if a healthy, even excellent culture has already been developed. On the other hand, if a toxic, non-productive or even destructive culture has developed, changing that will be made more difficult because of the inertia created by the existing, dominant culture.

Understanding how cultures develop helps us know what steps need to be taken early in an organization’s existence to ensure a culture of excellence. Likewise, that same understanding gives us clues about how to change a culture that is less than desired. Schein (1992) states that culture arises over time out of common experiences and shared meaning that is extracted from those experiences. As those shared experiences occur, the meaning of those experiences will emerge within the group and some form of organizational culture will develop. Additional experiences over a longer time will strengthen assumptions and reinforce values so that the organizational culture will become both more defined and differentiated from the larger cultural milieu and also more deeply embedded.

There are three important components an organization can use to develop a culture of excellence: recruiting, socialization, and developing congruency with and commitment to the organization on the part of the employees. In Jim Collins’ outstanding book, Good to Great, he makes the point that getting “the right people on the bus” is the first step towards excellence.

I believe that starts with organizational leadership. To create an excellent organization, the leaders must be excellent themselves: They must not only believe in but manifest in their actions a passion for the organization’s mission and its vision and values (see previous post on these topics). Assuming a deep commitment to the organization’s mission and alignment with the desired values exists in leadership, the next step is to hire and promote, in large part, based on those same characteristics. Sure function, technical, and professional skills are important, but excellence depends on deep alignment around the intangibles. Who is brought into an organization, over time, determines to a great extent what the organization will become

The next important component for developing a culture of excellence is socialization. Socialization occurs in families as children are born and raised; and it occurs in organizations as new members are inducted, mentored, fostered, oriented, and in all other ways formal and informal made part of the “team”. This is a very important step and more effort needs to be taken than having everyone go through a half-day orientation. If a culture of excellence is going to be developed, it is important to have someone who reflects the desired values mentor and guide the new member until he or she can function in the organization in a way that is culturally appropriate.

This brings us to the third component for developing a culture of excellence: developing congruency with and commitment to the organization on the part of the employees. For people already in the organization, open and honest discussions about organizational direction, and the values and assumptions being fostered, are very important. Such discussions will allow people to reflect on how those values, assumptions, and the behaviors that flow there from, fit with what they think, believe, and hold most dear. These types of discussions routinely occur during planning sessions, team meetings, and in individual formal and informal discussions. They also occur as organizational leaders explain events, or frame them, in such a way as to help create a common understanding and response. This creation of a common organizational understanding is a key aspect of leadership because it helps foster a shared meaning that organizational members will have to key events – building the common culture.

Ideally, these discussions will reveal there is a great deal of consistency between the values of the individual and the organization. Failing that, the individual, upon reflecting on the culture that is being developed in the organization, will see the advantages to it and strive to align with the culture. Other times, for a culture of excellence to develop, the person and the organization will have to part ways. Interestingly, how this is decided and done can be, and often is, an important, perhaps defining, “common experience” that will help create the organization’s culture.
Posted by Phil at 12:31 PM 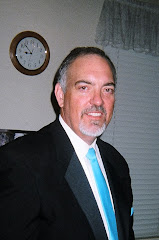